Glycerine: Widely used as a quality Hydrator (occurs naturally in skin and its chemical structure attracts water). You can find this ingredient in most good skin-replenishing products.

Capryloyl Salicylic Acid [0.4%]: A derivative of Salicylic Acid created by L'Oréal. It "has a larger molecular size and along with its fatty acid structure has been shown to penetrate the skin slower than salicylic acid," which means that it is less irritating and milder in effect than when it comes to anti-acne and peeling capacities. Studies made on this ingredient are all supported by L'Oréal. A noteworthy one proves its efficacy as a peeling agent in reducing hyperpigmentation and fine lines.

Tocopheryl Acetate: Most commonly used form of Vitamin E (Most abundant antioxidant found in human skin, works as a photoprotective agent + Anti-inflammatory ). Popular culture suggests that it also helps in wound healing, but this is not adequately backed up by research.

🦠+Antibacterial/Anti-acne: When applied to the skin, Benzoyl Peroxide turns into Benzoic acid and free oxygen radicals. A part of that converted Benzoic Acid is metabolized by Cysteine (an amino acid present in the skin), releasing additional free-radical oxygen species. It is important to note that free-radical oxygen species cause oxidative stress, premature aging, skin damage, and even cancer- and that all the hype around antioxidative serums is due to their ability to fight these molecules and protect the skin against them. Free radicals are molecules with unpaired electrons that destroy skin cells to ‘steal’ electrons from them. These free radical oxygen species also kill the bacterias that contribute to acne formation and proliferation since these bacteria cannot survive in an oxygen-rich environment [Source 1, 2]. As you might have conjectured, this is a double-edged sword: they also contribute to premature damaging and aging of the surrounding skin.

🧽+Exfoliating: [Mechanism of action is unknown.] [Source] Clinical trials have shown that Benzoyl Peroxide possesses exfoliating properties. Basically, people were administered either benzoyl peroxide, retinoic acid, or salicylic acid, and the exfoliation capacities were measured by evaluating and comparing before and after skin data. Unsurprisingly Salysilic acid yielded the highest exfoliating capacity. In comparison, benzoyl peroxide was more effective at penetrating the skin's deeper levels. What I'm about to write now is pure speculation on my part: the exfoliation mechanism might be due to oxidative exfoliation; although this is not a well-studied mechanism, the free-radicals produced by this molecule might damage the cells to yield an 'exfoliating effect.' But again, there is no proof to back this up. It's only weird to me since Benzoyl Peroxide gets converted into Benzoic Acid, which is not known as an exfoliating agent, so one wonders what molecule is doing the exfoliation and how.

🔥+Anti-inflammatory: [Mechanism of action is unknown.] [Source] Clinical trials have demonstrated a drop in the number and severity of inflamed acne on a skin area after the topical application of Benzoyl Peroxide, hence indicating anti-inflammatory properties in evidence-based conjecture. It's important to note that a part of the inflammatory process of acne is due to bacteria. When they get clogged in the pores with sebum and dead skin cells, bacteria transform oily sebum into fatty acids, which are detected by nearby cells as 'foreign molecules' and activate the inflammatory pathway. [Source 2, 3]. Some scientists speculate that by killing the bacteria with Benzoyl Peroxide, the inflammation pathway is subdued because there are no fatty acids to trigger it. This is important to note because it would suggest that Benzoyl Peroxide does not influence genes or molecules directly involved with the inflammation pathway.
🛢️+Sebum reducing/Oil-control: Some skincare brands state that Benzoyl Peroxide reduces sebum production. But the evidence is conflicting and hence inconclusive as of date:

[1] No decrease:‘‘Failure of benzoyl peroxide to decrease sebaceous gland secretion in acne.’’

[2] No decrease: ‘‘Our results reveal no inhibition of lipogenesis in sebaceous glands by topical application of benzoyl peroxide.’’

[3] An increase:‘‘Topical benzoyl peroxide increases the sebum excretion rate in patients with acne.’’

[4] A decrease: ‘‘Though there was no change after 1-week treatment, after four weeks a significant reduction of the casual level as well as well as the replacement sum could be observed.’’.

🩹+Wound-healing: [Mechanism of action is unknown.] There’s this study that notes that ‘‘Twenty percent benzoyl peroxide suspension in a gel base and 10% benzoyl peroxide suspension in a lotion base slightly enhanced epidermal resurfacing [which influences wound healing]’’. Speculatively, this might be due to bacteria getting killed around the wounded area, or Benzoyl Peroxide might influence wound healing pathways.

A quick reminder: No matter what kind of acne you have, acne is a pore-clogging problem. Sebum, bacteria and dead skin cells accumulate in the pores. If the production rate or quantity of any of these are particularly elevated, the pores end up clogged, eventually leading to inflammation, puss, and comedones. These high or abnormal rates can be due to diet [which changes the rate of your sebum production], the constant wearing of facial masks [which create a moist environment perfect for bacteria to thrive in and dirt to accumulate in], hormones [which influence sebum production rates] or even an imbalance of specific vitamins or minerals in your skin [which lead to low or accelerated skin cell renewal rates]. Acne has many different origins and depending on them, some anti-acne treatments can work or not on your skin. I have had many kinds of acne, from hormonal to mask to food-related. I’ve found that topical treatments that combine anti-inflammatory, anti-bacterial, and exfoliating properties work on all types of acne. Depending on the one you have, you may need stronger or weaker treatments or more potency in one property over the other.

1.Dual-action: reduces the number and severity of blemishes and clears blackheads/whiteheads: Whiteheads and blackheads aren’t really caused by bacteria but rather clogged skin or oxidized sebum. Since the main ingredient of the La Roche-Posay Effaclar Duo Acne Spot Treatment is anti-bacterial, this spot treatment will not and does not work effectively against blackheads and whiteheads. In my experience, it did not change their appearance in any way. Even though the formulation contains Capryloyl Salicylic Acid (0.4% concentration), which is a derivative of salicylic acid (more effective in fighting blackheads/whiteheads), studies prove that Capryloyl Salicylic Acid is an effective exfoliating agent usually have it at around 5–10% concentration. As for acne, if you’ve read the in-depth ingredient list above, as well as the paragraph on how acne develops above this point, you might have rightly conjectured that the effectiveness of this spot treatment will depend on what kind of acne you have.I’ve personally tried it on different types of acne on my skin for a period of many months to see how it would act with each, and this is my result:

For period-related acne or random zits that appear as stand-alone, this will work well and get rid of any marks within three days. For hormonal acne, this will be effective in reducing it but will not get rid of it entirely. You will need to add an exfoliating agent to your regimen. I suggest either the SOME BY MI Aha/Bha/Pha 30 Days Miracle Toner or Pyunkang Yul Acne Spot Cream. For acne that is caused due to dirt or constant mask-wearing, this will be highly ineffective - as you can see from the first Before&After picture, although I applied the spot treatment to my entire chin, new zits kept on coming in. From what I gathered, stand-alone zits can be irradicated by simply killing the bacteria because you kill the bacteria, and that's it. For hormonal acne, you have excessive sebum production or/and an irregular rate of skin cell renewal to also worry about, so killing the bacteria isn't going to completely solve the problem since your pores are still going to get clogged. As for mask or dirt acne, although the moist environment created here is perfect for bacterial proliferation, you also have the issue of the skin being physically clogged due to the accumulation of skin cells and dirt, so you need something with a higher exfoliating power, again check out either one of these two products: SOME BY MI Aha/Bha/Pha 30 Days Miracle Toner or Pyunkang Yul Acne Spot Cream.

2.Non-drying, oil-free, fast-absorbing texture: Yes, this gets absorbed pretty fast and doesn't leave your skin dry. However, I did get redness and a bit of irritation, but no peeling/drying.

3.Can be used as a spot treatment or all over the face: Well... yeah, that’s the point of spot treatments. Although if you’re someone that gets acne near your eye or mouth area, be very careful about using this, or better yet, do not use this near these areas as Benzoyl Peroxide is irritating.

I would not recommend this product unless you entirely run out of acne-treatment options. Although Benzoyl Peroxide is effective, there are other ingredients out there that are as effective and not as damaging to the skin. If you want to try out Benzoyl Peroxide, trying it out in a cleanser format would be less detrimental to your skin. Studies prove that this molecule is still efficient in washer format and less irritating to the skin.

If you still want to try it out as a spot treatment, due to the oxidative damaging nature of benzoyl peroxide, you will absolutely need to supplement your regimen with an excellent antioxidative serum to minimize skin damage. I would recommend an antioxidant like The Plant Base Time Stop Collagen Ampoule (14.76$ for 20ml) (avoid vitamin C as benzoyl peroxide might render it unstable), as well as serums that maintain a healthy skin barrier since this is an irritating ingredient, either AXIS-Y Artichoke Intensive Skin Barrier Ampoule (25$ for 30ml) or The Ordinary Niacinamide 10% + Zinc 1% (7$ for 30ml).

Now that I've read all those studies, I will probably not try other products containing this molecule. Some strains of P.acnes (the main bacteria involved in acne production) are beneficial to skin health, and one of my main concerns in skincare is maintaining healthy skin. Also, it's not logical for me to make use of an oxidative product. Moreover, anti-acne products that contain chemical or enzymatic exfoliants improve skin health since our skin loses the ability of effective skin cell renewal as we age, so these types of toners/treatments are beneficial in the long run, not just for acne. The La Roche-Posay Effaclar Duo Acne Spot Treatment isn't a 'bad' product. It just doesn't align with my view on skincare but might align with yours.

Check this post out for some of my favorite anti-acne products: [10] Anti-Acne products that actually work + A Skincare routine.

🦠Score: 2.9/5 --- This isn't a bad product, but the main ingredient can damage healthy skin, and there are other alternatives out there that fight acne at a lower price and without this con.

+Yesstyle: If you use my code: DEWILDE you can get up to 5% off on any Yesstyle purchase at checkout 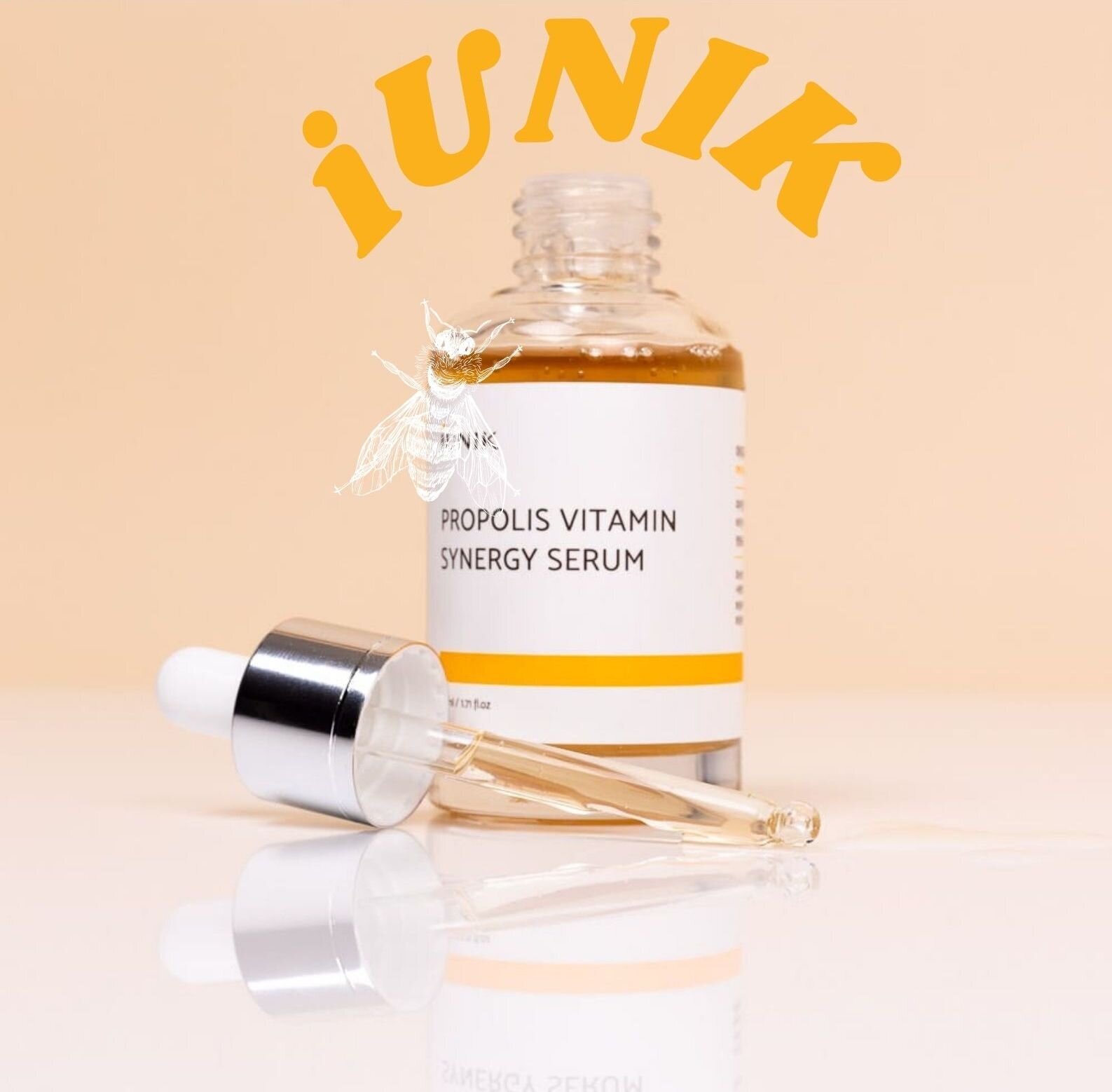